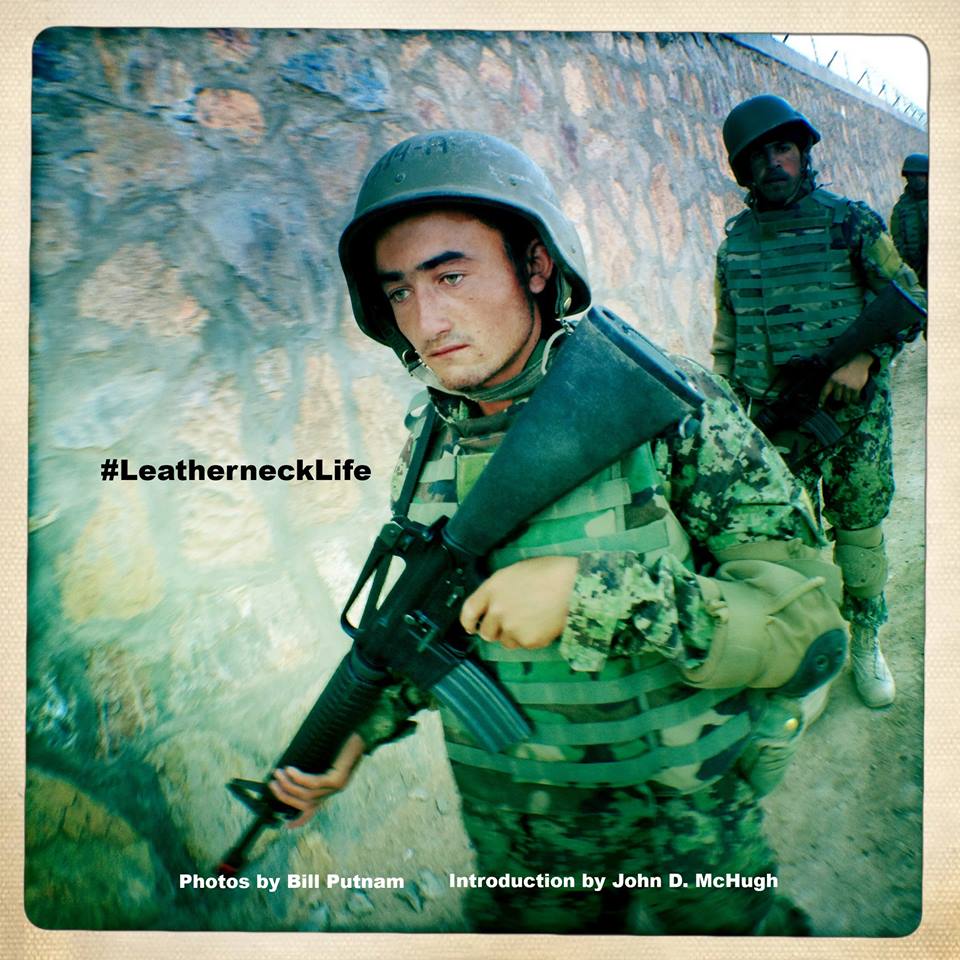 A Limited Number of Bill Putnam’s new book, “#LeatherneckLife", are now available for purchase here in our Online Gallery Store. The book is a compilation of 45 photographs from Putnam’s 16-month stint in Afghanistan, covering and documenting the ISAF military transition in the volatile Helmand Province. #LeatherneckLife was Putnam's twitter handle during his time in Afghanistan.

John D McHugh, Multimedia Photojournalist & Filmmaker, wrote the Introduction to Bill Putnam's debut photography book. In the last sentence McHugh says, of Putnam's work in Afghanistan, "This unwavering commitment over such a long period of time has yielded what I believe to be one of the finest and most comprehensive bodies of work to come out of the Afghan war."

Putnam opened a 40-print solo exhibition of his Afghan work titled "Abu in Bermel: Faces of Battle" in February 2011 at St. Vincent College in Latrobe, Pa. That exhibition moved to Point Park University in Pittsburgh, Pa., in April 2011. He has also been in group shows at Glen Echo Photo Works in Glen Echo, Md., and Montgomery College in Rockville, Md. He is also part of the Conflict Zone exhibition.

(He might also be the last photographer to use Kodachrome in a war zone).

Bill Putnam is based in the Washington, D.C.-area.

All copies are signed by Bill Putnam.