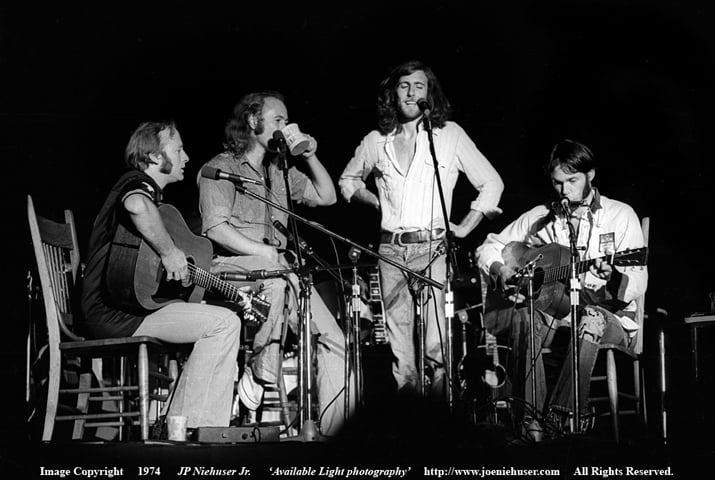 CROSBY, STILLS, NASH & YOUNG
Crosby, Stills & Nash (CSN) were a folk rock supergroup made up of American singer-songwriters David Crosby and Stephen Stills and English American singer-songwriter Graham Nash. They were known as Crosby, Stills, Nash & Young (CSNY) when joined by Canadian singer-songwriter Neil Young, who was an occasional fourth member. They were noted for their intricate vocal harmonies, often tumultuous interpersonal relationships, political activism, and lasting influence on US music and culture. Crosby, Stills & Nash were inducted into the Rock and Roll Hall of Fame and all three members were also inducted for their work in other groups (Crosby for the Byrds, Stills for Buffalo Springfield and Nash for the Hollies). Neil Young has also been inducted as a solo artist and as a member of Buffalo Springfield.