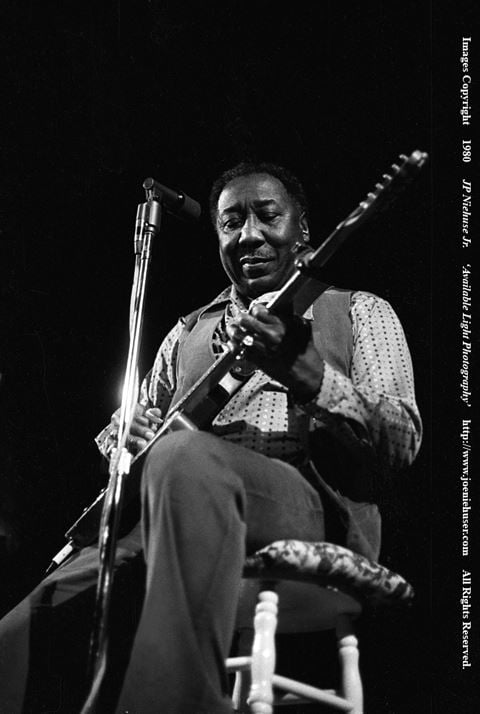 Waters grew up on Stovall Plantation near Clarksdale, Mississippi, and by age 17 was playing the guitar and the harmonica, emulating local blues artists Son House and Robert Johnson. He was recorded in Mississippi by Alan Lomax for the Library of Congress in 1941. In 1943, he moved to Chicago to become a full-time, professional musician. In 1946, Muddy Waters eventually recorded his first record for Columbia Records and then for Aristocrat Records, a newly formed label run by the brothers Leonard and Phil Chess.

In the early 1950s, Waters and his band—Little Walter Jacobs on harmonica, Jimmy Rogers on guitar, Elgin Evans on drums and Otis Spann on piano—recorded several blues classics, some with bassist and songwriter Willie Dixon. These songs included "Hoochie Coochie Man", "I Just Want to Make Love to You" and "I'm Ready". In 1958, he traveled to England, laying the foundations of the subsequent blues boom there. His performance at the Newport Jazz Festival in 1960 was recorded and released as his first live album, At Newport 1960.

Waters' influence is tremendous, not just on blues and rhythm and blues but on rock and roll, hard rock, folk music, jazz, and country music. His use of amplification is often cited as the link between Delta blues and rock and roll.