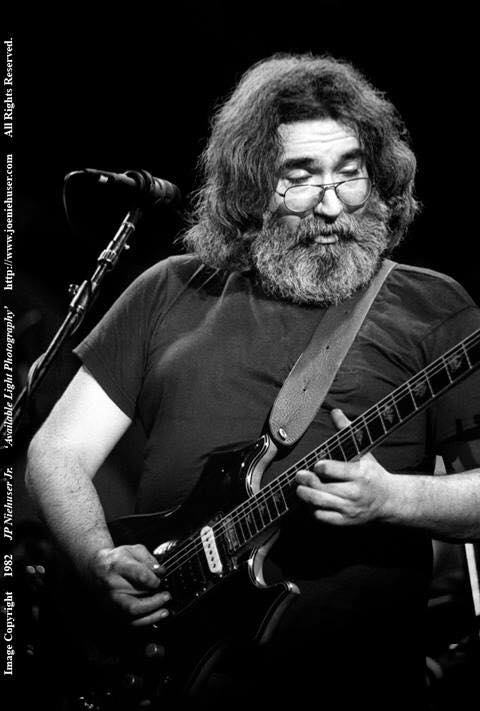 JERRY GARCIA
Jerome John "Jerry" Garcia (August 1, 1942 – August 9, 1995) was an American singer-songwriter and multi-instrumentalist, best known for his work with the band the Grateful Dead, which came to prominence during the counterculture era in the 1960s.] Though he disavowed the role, Garcia was viewed by many as the leader or "spokesman" of the group.

One of its founders, Garcia performed with the Grateful Dead for their entire thirty-year career (1965–1995). Garcia also founded and participated in a variety of side projects, including the Saunders–Garcia Band (with longtime friend Merl Saunders), the Jerry Garcia Band, Old and in the Way, the Garcia/Grisman acoustic duo, Legion of Mary, and the New Riders of the Purple Sage (which Garcia co-founded with John Dawson and David Nelson). He also released several solo albums, and contributed to a number of albums by other artists over the years as a session musician. He was well known for his distinctive guitar playing and was ranked 13th in Rolling Stone's "100 Greatest Guitarists of All Time" cover story.

Later in life, Garcia was sometimes ill because of his diabetes, and in 1986 went into a diabetic coma that nearly cost him his life. Although his overall health improved somewhat after that, he also struggled with heroin and cocaine addictions, and was staying in a California drug rehabilitation facility when he died of a heart attack in August 1995 at the age of 53.